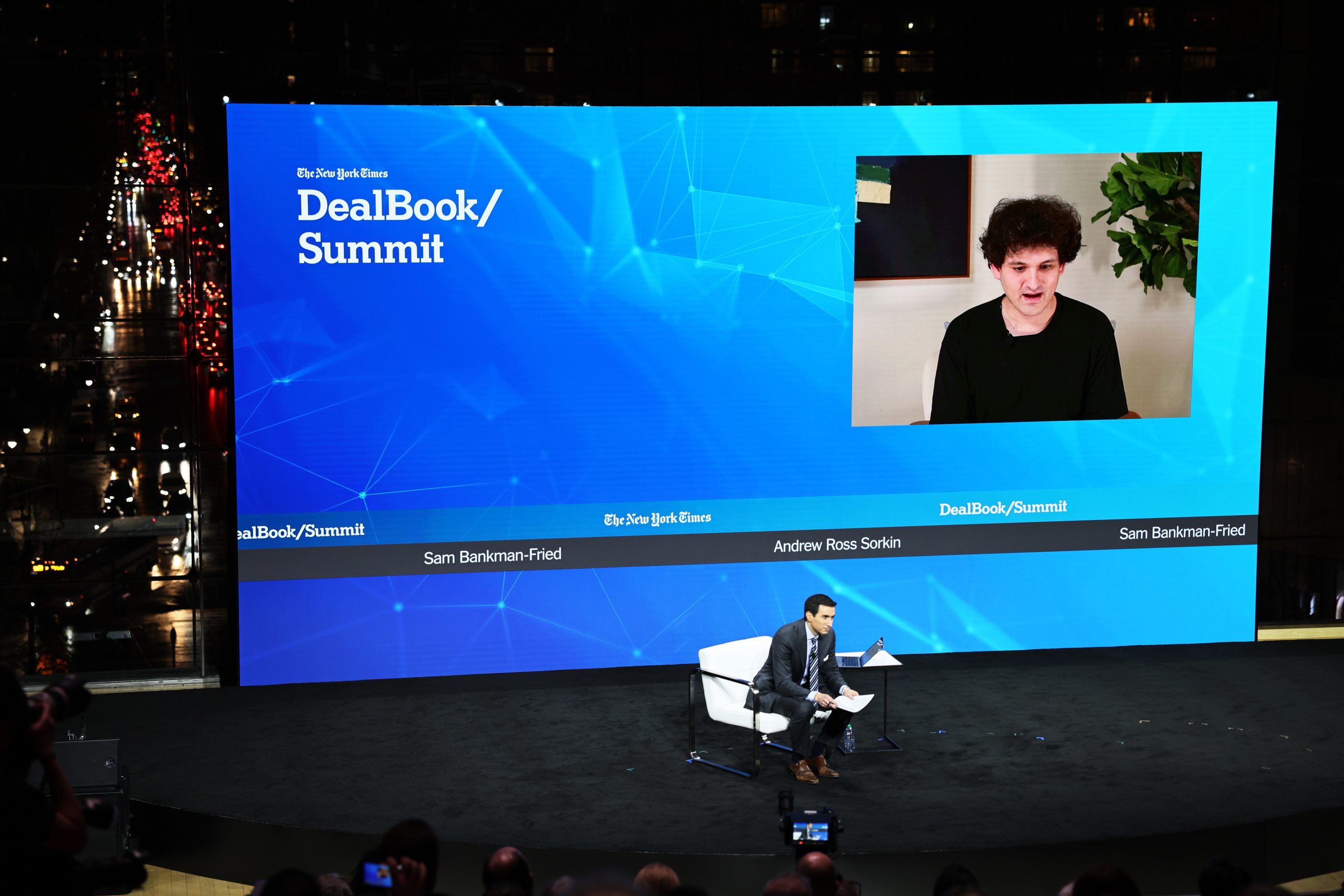 Sam Bankman-Fried, or SBF, defended himself against accusations of fraud on Wednesday in his first live interview since his $32 billion cryptocurrency exchange, FTX, collapsed earlier this month.

“I didn’t ever try to commit fraud,” Bankman-Fried told reporter Andrew Sorkin at the New York Times Dealbook Summit. “I was excited about the prospects of FTX a month ago. I saw it as a thriving, growing business. I was shocked by what happened this month. And, reconstructing it, there are things that I wish I had done differently.”

The former crypto billionaire has watched his fortune—which hit $26 billion at its peak—evaporate in a matter of weeks amid FTX’s bankruptcy, and critics say his crypto empire was nothing more than a “Ponzi scheme.”

One key accusation leveled against SBF is that he used customer funds from his crypto exchange to fund risky bets at his trading firm Alameda Research.

SBF admitted that he “made a lot of mistakes” as CEO, but denied that he used FTX’s funds at Alameda.

“I didn’t knowingly commingle funds,” he said, arguing that it was a “failure of oversight” rather than anything malicious.

SBF went on to distance himself from Alameda altogether in the interview.

“I wasn’t running Alameda,” he said. “I was nervous because of the conflict of interest of being too involved.”

SBF went on to claim that he was not aware of the depth of the relationship between FTX and Alameda Research, nor the sizable amount of funds transferred between the exchange and trading house.

Despite his companies blowup, and the millions in losses for investors around the world, SBF said he’s still able to sleep, and argued that customers could be made “fully whole”—without offering an explanation as to how.

“You would’ve thought that I’d be getting no sleep right now, and instead I’m getting some,” he said. “It could be worse.”