A report by a government agency released Wednesday found a sharp increase in financial crimes connected to organized crime and terror financing in 2021 over the previous year’s figures.

According to the Israel Money Laundering and Terror Financing Prohibition Authority, which operates under the Justice Ministry, organized crime’s share of all financial crimes grew from 6.8 percent in 2020 to 19% in 2021.

Organized crime in the Arab sector has become a severe problem in recent years. The scarcity of financial services for many Arab Israelis has seen criminal organizations stepping into the vacuum and offering black market loans and other services to Arab citizens, generating funds for these groups and contributing to their growing power and increasing violence.

In addition, the report found that terror financing also grew as a percentage of financial crimes in Israel from 9% in 2020 to 14.6% in 2021.

Fraud, deceit, and counterfeiting comprised the largest part of financial crime in 2021 at 23%, while tax crimes (11.2%), bribery and corruption (8.7%) and the drug trade (4%) were the other major realms of such crime .

These crimes were carried out through a variety of measures, most prominently international financial transactions (18.7%), cash payments (12.8%) and the provision of criminal financial services (12.3%).

The report highlighted several investigations carried out by the authority across different realms of financial crime over the course of 2021, including one wide-ranging investigation carried out in Israel and internationally against an organized crime group. 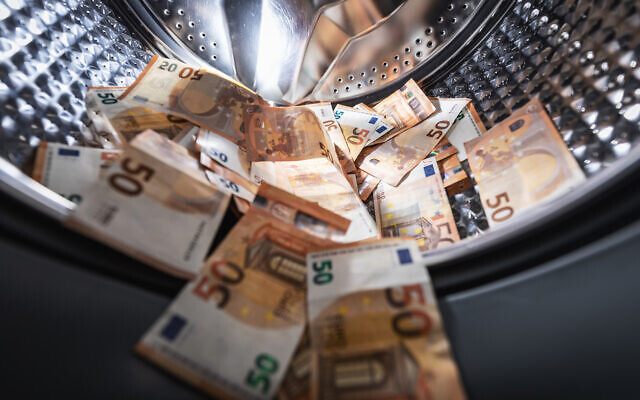 The scheme involved defrauding online investors by offering them various financial assets including binary options, forex, and cryptocurrencies with the promise of high returns.

In practice, the investors were deceived and the money they invested in these assets went directly to the criminals.

The money laundering authority provided intelligence on the criminal scheme to the Israel Police, the Tax Authority and the State Attorney’s Office, helping identify those behind the scam and the methods in which the money was laundered.

The methods included establishing a complex network of companies and subsidiaries in offshore financial centers, and opening bank accounts to receive the money, mostly in the countries of the scheme’s victims.

Information received by the authority from parallel bodies in foreign countries exposed the links between the criminals and the shell companies they had established, with transfers conducted under various guises such as the payment of dividends and the repayment of loans.

The authority said it had been able to identify international transfers of funds from bank accounts associated with the suspects to Israeli bank accounts shortly after they received the funds from the victims.

Trust funds were established in Israel into which the money was deposited, while payments of fake dividends were made to bank accounts held by fictitious people in order to launder the money in Israel.

The funds were then used to buy luxury properties, cars, and other assets in the name of family members of the criminals and fictitious individuals to further obscure the source of the money. 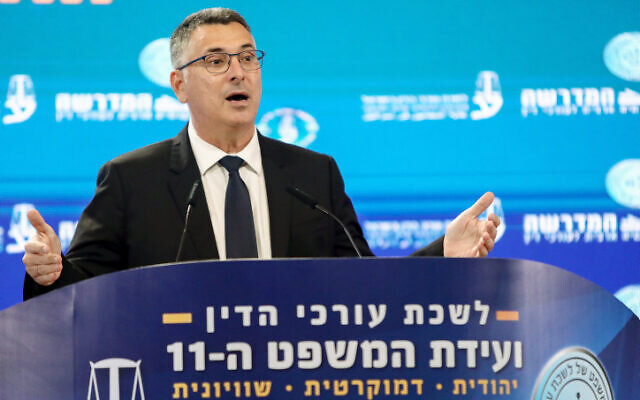 The head of the authority Attorney Ilit Ostrovitz-Levi argued that it had significantly improved its intelligence gathering and evaluation efforts over the last year to further the fight against financial crime, “which harms the security of the citizens of the State of Israel.”

Justice Minister Gideon Sa’ar said that criminal activity was becoming more and more sophisticated and that the authority was “an important element in our efforts to expose criminals and to locate the assets and money routes they use.”

He said this was especially important “in the national fight against the crime in Arab society” being carried out within the government’s five-year plan for combating the phenomenon.

We’re really pleased that you’ve read X Times of Israel articles in the past month.

That’s why we started the Times of Israel ten years ago – to provide discerning readers like you with must-read coverage of Israel and the Jewish world.

So now we have a request. Unlike other news outlets, we haven’t put up a paywall. But as the journalism we do is costly, we invite readers for whom The Times of Israel has become important to help support our work by joining The Times of Israel Community.

For as little as $6 a month you can help support our quality journalism while enjoying The Times of Israel AD-FREEas well as accessing exclusive content available only to Times of Israel Community members.

thank you,
David Horovitz, Founding Editor of The Times of Israel

Already a member? Sign in to stop seeing this